The Medical Termination of Pregnancy (MTP) Act of 1971 legally permits abortion services for select conditions that provide exemptions from prosecution under the Indian Penal Code of 1861. The MTP Act specifies the gestation, facilities, physical infrastructure, and service providers for service provision. The Act and its rules have undergone amendment in 2002 and 2003 to clarify or define terms used, simplify approval of facilities that can provide the services and to keep in pace with medical advances such as the advent of the medical abortion pills.Yet, in India, a woman cannot decide for herself to have an abortion, rather the Act along with other laws and Acts in the country can be and are increasingly used to prevent access to safe abortion services. In the recent past, the number of cases filed in the court to access safe abortion services has increased exponentially. Recent data shows that majority (>80%) are conducted outside ‘legally approved or safe’ facilities and persons seeking abortion face a range of systemic and legal barriers, in accessing safe and legal abortion services, especially for gestational period beyond legally mandated 20 weeks. CommonHealth strongly believes that the right to take decisions that have implications for their own health and for access to safe, good quality services including those for safe abortion are a woman’s right.

In January 2020, the MTP (Amendment) Bill, 2020 to extend the gestational limit with a stated aim of bringing about gender justice and furthering reproductive rights was proposed and passed by the Union Cabinet. Subsequently, Honourable Minister of Health and Family Welfare, Dr. Harsh Vardhan introduced the bill in the lower house of the Parliament (Lok Sabha) on 17th March 2020. He presented the objective, key proposed amendments and sought responses from members of the house. The major amendments proposed in the bill were as follows:

About twenty Members of Parliament spoke on the proposed amendments and the bill. We have attempted to summarise the key themes discussed and debated in the Lok Sabha from the perspective of CommonHealth (Key points made by members in table at the end of the document).

Need for abortion services: Most Members of Parliament chose to speak on the need in the context of survivors of sexual violence (including minors) and pregnancies with foetal anomalies. They also discussed the role of safe abortion services in reducing maternal mortality and thus fulfilling commitments under Sustainable Development Goals.

Conditionalities: Some members appreciated the removal of the word ‘married’ and replacement of ‘husband’ with ‘partner’ in the clause on failure of contraception. They saw it as a positive step towards making the law aligned to the present societal norms and towards ensuring the access of single women (unmarried, widowed) and commercial sex workers to abortion services. A few members asked for revising the availability of abortion services under all the clauses and for all women till 24 weeks rather than restricting these for vulnerable women (including sexual violence survivors) and for reasons of foetal anomalies. On the other hand, two members argued for restricting the increase in gestational limit only till 22 weeks in view of the possible viability of the foetus around 24 weeks.

Conflation with POCSO Act: Members highlighted provisions under the Protection of Children from Sexual Offences (POCSO) Act, 2012 that contradict and adversely impact service delivery under the MTP Act. Concerns were raised that requirement of guardian for a minor sexual violence survivor may be a deterrent for the survivor to report and subsequently to seek abortion services. The fact that POCSO Act categorises all sexual activity by minors or persons under 18 years of age as a criminal offence (deeming them non-consensual and not recognising agency of minors) and that it may deter those having consensual sexual activity to seek safe and legal abortion services was mentioned. The stipulation about service provider mandatorily reporting any sexual activity by minors to the police under POCSO Act is in direct conflict with the MTP Act mandate about ensuring confidentiality of the abortion seeker. The confusion and its potential for service denial were highlighted. The Health Minister responded to these concerns and said that these will be addressed while framing the revised rules for the amended MTP Act.

Medical boards: There were lot of comments on the composition of the board. Proposals for including psychologist, psychiatrist, social worker, judicial members and preferably members being female were made. There were recommendations to create such boards at every district, with ability to respond within 48-72 hours of presentation of a case. Members also advocated for states having greater authority over their functioning. However, a few members raised red flags about feasibility of forming medical boards across the country, given the acute shortage of doctors, especially specialists required as per the composition. Members were concerned that the boards may act as barriers. They proposed that the doctor (approved under the Act) at the health facility be allowed to take decisions. The Health Minister responded that in case of pregnancies with 24 weeks or more gestation, there is need for expert opinion to ensure that the decision is in the best interest of the woman’s health. He also said that while currently more than 100 medical boards already exist, the suggestions around composition and functionality of the medical boards would be taken into consideration while framing the revised rules under the MTP Act and it will be ensured that there would be no delays because of the functioning of these boards.

Judicial processes: The need to ensure that there are no judicial delays (especially in cases of sexual violence) resulting in the pregnancy crossing the 24 weeks gestational limit was unequivocally stressed upon. There were suggestions for setting up fast track courts for young survivors of sexual violence requiring MTP services. Concern specifically around the situation as in Uttarakhand was highlighted. Uttarakhand still has Patwari police system and owing to hilly terrain, poor availability of and access to health facilities. Stressing on the need for maintaining confidentiality, one member also suggested that judiciary should ensure that the punitive measures for revealing abortion seeker’s information are more stringent.

Service provision: Ensuring availability of services (till 24 weeks of gestation) in all parts of the country, especially rural areas was mentioned. Majority of the members talked about complementing abortion service provision with interventions focussed on providing accurate information at the community level through ASHAs, media, and panchayats.

Need for adequate backup health facilities available to women who are using medical abortion pills was raised. Alongside, there were suggestions for imposing ban on over the counter sale of abortion pills. [Mifepristone+Misoprostol combi-packs are Schedule-H drugs and thus are not for OTC sales].

Discomfort of some service providers in terminating pregnancies of more than 22 weeks owing to probability of a viable foetus was mentioned. The Health Minister responded that these ethical issues would be addressed adequately in the rules under the Act.

Service providers: A major concern expressed wasthe shortages of MTP trained doctors, especially in rural areas. Members advocated for increasing MTP trained doctors at lower level facilities and increasing availability of Obstetricians in rural areas. One suggestion was to increase the provider base by training and allowing AYUSH doctors. Another suggestion was to involve only female health providers in MTP service provision.

Right to abortion: Under the Act decision-making rests with the attending doctor. Some members stated that women should be at the centre of decision making and a few talked about doing away with any conditionalities till 12 weeks of gestation. There was an ask to replace ‘women’ with ‘pregnant persons’ in the language to make the provisions under the Act inclusive of transgender persons. On the other hand, there was also mention of abortions being a crime against humanity; abortion services being misused and women undergoing abortions again and again. Members with these concerns called for strict regulatory mechanisms and limiting the number of abortions available to a person.

Decriminalisation: Abortions are still a criminal offence under the Indian Penal Code section 312-316 and the MTP Act lists exceptions from prosecution for certain conditionalities. A few Supreme Court judgements state the right to abortion as a reproductive right that falls within the domain of privacy, deeming it a personal decision and thus excluding any third party authorisation. A member highlighted these aspects along with advocating for decriminalisation of abortion.

Others: Suggestions were made to include abortion services under Ayushman Bharat, so that the financial burden on women seeking abortion is mitigated; provide compensation for any deaths due to abortion and mandate all district hospitals to do USG scans for all pregnant women to rule out foetal anomalies. Need for special considerations for tribal and deranged (Vikshipt) women who are raped was also articulated.

It was heartening that among the members of parliament who spoke, except one, all supported the bill. It was encouraging to see male and female MPs discussing about the need of safe abortion and one male MP added the imperative that men should participate more in such discussions, as they are also part of the reproductive process. Some had very progressive views and spoke about decriminalisation, abortion as a reproductive right of women, placing the decision making with women (instead of doctors) and being inclusive of transgender persons. The issue of conflation with the POCSO Act leading to adverse effect on service provision and access was also adequately raised. Few members even highlighted the issue around the medical boards owing to both challenges in forming and their being a barrier and an example of third party authorisation

However, some speakers were repetitive and seemed to be unaware of the nuances and ambit of the original act and the amendments being brought in. Also, there was no discussion or debate and majority of the points mentioned or concerns raised did not seem to have much effect in changing anything in the bill. The Health Minister responded to a few of the issues mentioned and said that these will be addressed during the framing of rules for the amended Act.

In our view, though ‘rights’ was mentioned a number of times, it was in the context of sympathy for the person seeking abortion with examples mainly of sexual violence survivors and therefore counter-intuitive. The reluctance of members who are the policy influencers to do away with conditionalities that impinge on abortion seeker’s rights and to continue to vest the power of decision-making with doctors/medical boards/judiciary was against the spirit of sexual and reproductive rights enshrined in international human rights and developmental frameworks.

While the bill was passed (as introduced) by voice votes, CommonHealth (as a coalition of organisations and individuals working on the issues of safe abortion) believes that the amended bill needs further revisions. It believes that

CommonHealth also strongly urges that the Bill be referred to a Standing Committee and ensure wider consultations to obtain multiple stakeholders’ perspectives. 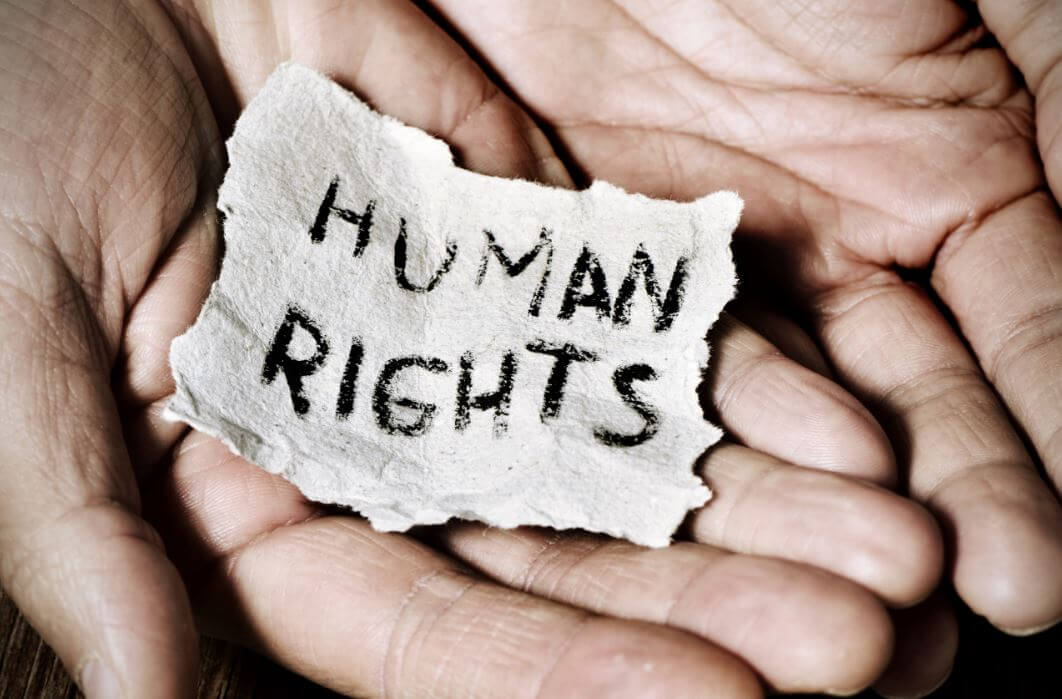 Defence of individual rights and choice: Need of the hour 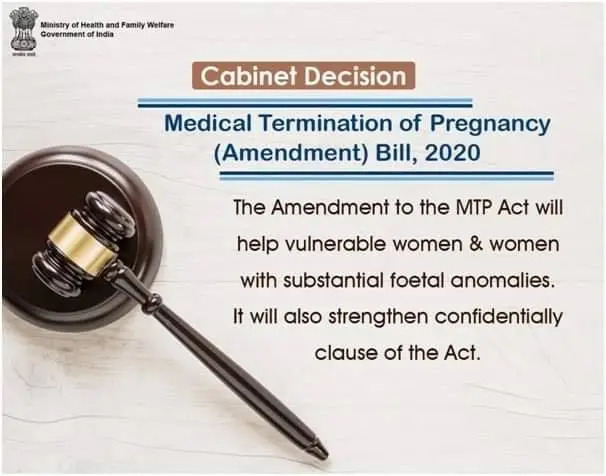 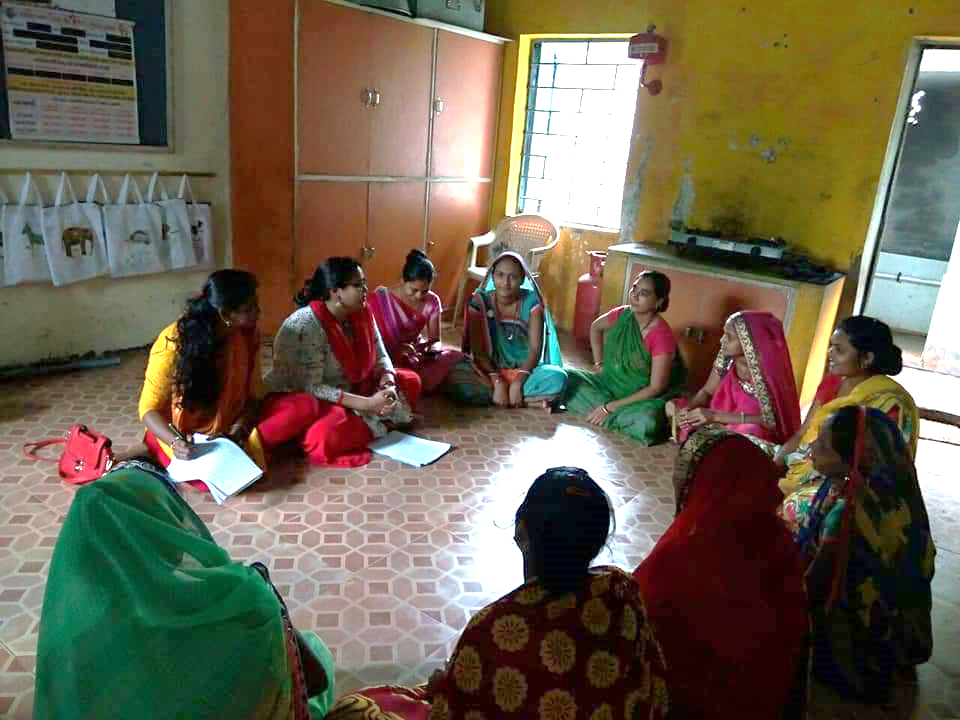 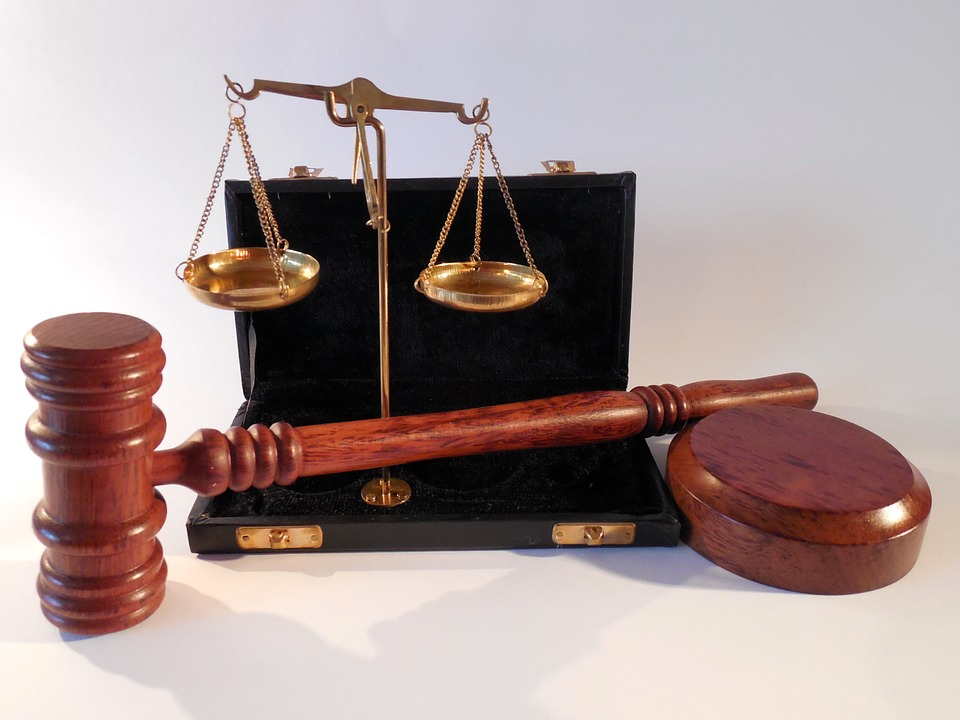 Victims twice over: Pregnancy due to sexual abuse and forced motherhood due to failed justice 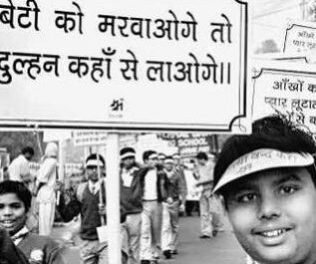 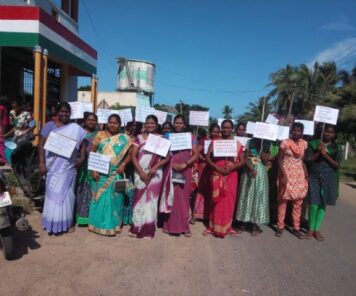